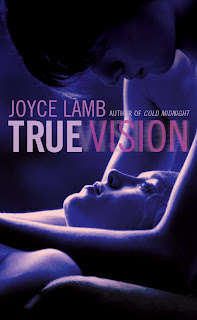 Reporter Charlie Trudeau stood on the curb and stared at the stoplight that glowed red in the March sunshine. This was her life at the moment. Ready to make a difference but waiting for someone else to give the green light.

The latest story she burned to get into the newspaper, about elderly residents getting ripped off, had been shot down before she’d even gotten the words “local car dealer” out of her mouth. The managing editor had squinted at her over his rimless glasses and growled, “Don’t even go there.”

So much for journalists being the public watchdog. The drive for advertising revenue had changed much of the newspaper industry from a Rottweiler cornering the bad guy into a fluffy toy poodle begging for a treat. Which meant that using her job to help the innocent, helpless and screwed wasn’t going to happen, at least not in Southwest Florida at the Lake Avalon Gazette.

Charlie looked up, surprised as much by the sound of the voice as the name. No one but her mother called her that. She glanced behind herself, checking to make sure the woman had indeed waved at her. Which was silly, really, to think that another woman with the same given name would be standing right behind her.

The woman hurried across the street toward her. The rev of an engine startled Charlie out of her confusion, and in the next instant, a sporty white car sped full-bore into the intersection, and into the smiling pedestrian. Charlie lurched forward a step, watching in stunned horror as the woman’s body pitched across the car’s hood, struck the windshield with a horrible thud and flew over the tan ragtop. The car screeched off while the woman’s body tumbled wildly across the pavement before coming to a motionless rest, face up, in the middle of the street.

Charlie tore across the asphalt, fumbling for her cell phone to call 911. She dropped to her knees beside the sprawled pedestrian, the phone pressed to her ear.

Come on, come on, answer.

Blood trickled from the corner of the woman’s mouth, and the side of her face was scraped raw. Who knew what other injuries she’d sustained? But, thank God, she was breathing.

“Hang on,” Charlie told her, grasping her limp hand and gently squeezing. “I’m calling for help.”

She struggled for calm. Don’t die. Please, don’t die. “I’m at the, uh, the, uh … the intersection of Palm and Main. Behind the newspaper. A woman’s been hit by a car.”

“I’m dispatching emergency vehicles. I’ll be back with you in less than a minute.”

The line went silent, and Charlie stared down at the injured woman, not knowing what to do. Should she run to the paper for more immediate help? But, no, she couldn’t leave her unprotected. She could get hit by another car. And Charlie knew that moving an injured person could cause more damage, so she stayed where she was, the heat from the asphalt leaching through the knees of her khakis, the sun on the back of her neck.

“It’s okay,” she murmured, not knowing whether the woman could hear her but hoping. “Help is coming. Just hold on.”

She looked up, expecting to see other witnesses or perhaps the car’s driver fretting about whether he or she had just killed someone. But the area was deserted.

Hearing a small gasp, Charlie glanced down. Her racing heart jammed into her throat when she saw the pedestrian’s light brown eyes keenly focused on her face, as though she were counting on Charlie to save her.

“Help is on the way,” Charlie said, tightening her fingers around the woman’s  hand. “Just keep breathing for me, okay? Nice and easy.”

Her lips moved. She was trying to say something.

Charlie stroked her forehead, trying to soothe her. “Please try to save your strength.”

A wet, gurgling sound issued from the woman’s throat before she could force the words out. “It’s up to … you … now.” She moistened her lips. “Bring them … together … Charlotte.”

Charlie wanted to shush her, to implore her to concentrate on breathing, on hanging on, but she couldn’t stop herself from asking, “Bring who together? I don’t know what you mean. Do we know each other?”

Instead of answering, the pedestrian tightened her hand around Charlie’s with surprising strength and stared intently into her eyes.

“Charlotte,” she whispered just before her fingers fell slack, and it took Charlie a few seconds to realize she was staring into the face of a dead woman. Oh, God, no.

The world abruptly shifted, and Charlie was no longer holding a dead woman’s hand. She was across the street, sprinting toward the intersection, hope and excitement rising in her chest as she spotted the woman she was looking for.

An engine revs, and I jerk my head up to see a white car bearing down on me. Before I can do anything but flinch, I feel crushing impact, feel myself flying through the air, then the bone-breaking shock of striking the road and rolling uncontrollably.

In the next instant, Charlie was back, kneeling on the pavement, unhurt, her fingers clamped around the dead woman’s hand.

Sirens began to scream in the distance.