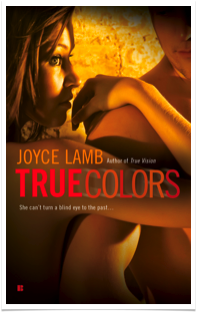 Alex Trudeau spotted the flashing lights of a police cruiser and pulled onto the shoulder of the beach road. She’d heard the call for emergency vehicles over the scanner when she’d been only a mile away. Hopping out of her dark red Jeep Liberty SUV, she dragged her camera equipment out then took off at a jog toward the scene of the accident.

The heat of the Florida sun baked the asphalt under her feet, but she barely noticed as she ran, dodging the drivers and passengers who’d pulled over and gotten out of their cars to gawk. As she neared the mangled wreckage of a silver minivan upside-down in the ditch, she started snapping shots even as her stomach clenched.

Could anyone have survived an accident so violent that it shattered the windshield and caved in the roof?

Her heart skipped, and she lowered the camera, watching in awe as Lake Avalon Police Detective John Logan delivered a hysterical woman from the wreckage to bystanders who ran up to help. With blood pouring from a gash at her temple, the woman screamed, “Get my baby! Get my baby!”

Alex’s journalistic instincts snapped back into gear when Logan, tan and muscular in his khaki police uniform, turned back toward the van that had started to smoke.

Big, black clouds, the kind that looked like a precursor to a fiery explosion, billowed upward. She could tell by his determined stance that he was going back for the driver’s baby.

Where the hell were the fire trucks? At least firefighters were experts at this kind of thing. Yet, she’d known John Logan for two years, considered him a good friend, and he wasn’t the kind of man to stand around and wait for someone else to show up and do what he could do right now.

“Her back tire blew,” a bystander said. “I saw it explode just before the van flipped.”

Alex listened only vaguely, heart slamming against her ribs as Logan plunged into the billowing smoke.

Alex counted the seconds as she waited for Logan to reappear. Sirens sounded in the distance, but they seemed so far away, her focus having narrowed down to the spot where she’d last seen Logan. She should have been taking more pictures of the chaotic rescue scene, but fear for him had constricted her chest muscles so much she could barely breathe.

Come on, Logan, where are you?

This can’t end in tragedy, she thought. Logan was too good, too kind. She accepted that bad things happened to good people. Not this time, she prayed. Please.
And then he stumbled out of the smoke, a small child of maybe two or three years old cradled in his arms.

Alex released her held breath on a gust of air and brought the camera up to take the picture, already knowing it would make headlines. There was nothing newspaper readers loved more than a ragged hero streaked with blood, carrying a crying, soot-smudged child away from wreckage that looked like no one should have survived. Especially a hero as good-looking as John Logan, his eyes even more blue in a face blackened by smoke, the child looking tiny and helpless in his large, muscled arms.

Logan delivered the bawling little girl to her mother, his eyes streaming from the smoke. Sweat made his short, dark brown hair spike. He was filthy, yet he’d never looked more gut-wrenchingly handsome. Then, surprising Alex, he walked over to her, his teeth flashing white in his streaked face.

A thrill raced through her that he’d noticed her among all the bystanders. Maybe that meant something. “I heard the call on the scanner.”

“Does this mean you’re back at work at the paper?”

She managed to prevent a hitch in her smile at the reminder that she’d technically died three months ago. A man gunning for her sister had shot Alex by mistake.

Three zaps from defibrillator paddles in the ER had revived her.

“Been back for a while,” she said. “Guess we just haven’t run into each other.”
His grin widened. “I find that unacceptable.”

She shivered at the heat in his starburst-blue eyes. He made her nervous. In a good way. A very good way. Before the shooting, she’d thought they were gearing up for their first kiss. After the shooting, he’d visited her in the hospital and had dropped by her house a couple of times after her release, armed with the makings for hot fudge sundaes and DVDs of old, quirky, dog-themed movies like Best in Show and Beethoven. That he’d known her well enough to cater to her love of sugary treats and animals had thrilled her. She’d thought, This is the man of my dreams. But then he’d pulled back, and she’d thought maybe he’d lost interest. She had to admit she was pretty pathetic after taking a bullet to the chest. No doubt, her inability to carry on a conversation, or watch an entire movie, without drifting off had been a huge turnoff.

But she was better now, and here John Logan stood, grinning at her after saving a helpless child from certain death. Things were looking up.

“What’re you doing for dinner tomorrow?” he asked.

Now we’re talking. “I’ve been craving some of that tasty grilled shrimp they serve at Antonio’s Beach Grill. You?”

“What a coincidence. I’ve been craving that, too. Shall we make it a date?”

A big, dumb smile spread through her entire body, more intense than anything she’d felt in a long time. In fact, ever since the shooting, she’d felt different. She figured death did that to people, made them more aware of the people around them. Made them feel emotions—compassion, pleasure, pain, anticipation—on a deeper level. Or maybe her senses just seemed sharper, like a head that felt lighter, and better than before, once a blinding headache faded. Whatever the cause, she thought she might have a serious crush on this man.

She laughed, low and breathless. Could the man get any more appealing?

The instant their fingers touched, everything around her made a dizzying shift …

I’m choking on smoke, eyes tearing as I fumble a door open and lurch inside the van, drawn by the cries of a small child. I’m not losing this one. Not this time.

Where is she? Can’t see a damn thing.

The inside of the van is hot, too hot. Just give me time. A little more time … and then something warm and soft brushes my fingertips.

I close my fingers around a soft, pudgy leg, trying to be gentle even as the need to hurry, hurry clenches in my gut. I use the leg to guide me to a car seat. Strapped in, the seat and the kid. Glimpse of pink flowers on a white T-shirt. A little girl.

Small and helpless and counting on me.

This child’s not dying, damn it.

I can’t see, can’t find the mechanism that releases the straps. And I smell hot metal, burning plastic and rubber, hear a weird, ominous crackle. Flames?

Still no straps, hands frantic as they move over the screaming, squirming kid, searching, searching. Finally, there it is. The latch. Jesus, the metal’s hot.

Everything is so hot, making the sweat pour into my eyes, stinging along with the smoke. Two more seconds, and the latch is free, the girl all but sliding out of the seat into my arms.

I crawl backward, out of the death trap, into humid, smoke-choked air. My lungs ache, burn, my throat raw.

But I’ve got the girl, this sweet, warm, wriggly child, in my arms, and nothing else matters. This time, I saved the—

An explosion shook the world.
Posted by Joyce Lamb at 1:01 PM